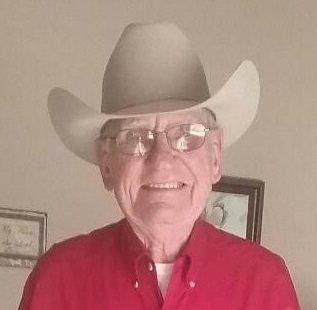 Funeral service for Bobby “Bob” L. Kays, 84 of Tipton, and Fritch, Texas, was scheduled for 10 a.m. on Monday, Oct. 4, 2021, at the First Baptist Church of Tipton with Rev. Les Banks officiating.

Committal service and burial was scheduled in the Westlawn Memorial Park in Borger, Texas, at 4 p.m. Monday, Oct. 4, 2021.

Arrangements are under the direction of Orr Gray Gish & Tipton Funeral Homes.

Viewing was scheduled at Orr Gray Gish Funeral Home, in Frederick, from 4 p.m. to 6 p.m. on Sunday, Oct. 3.

He was born Dec. 3, 1936, at Wichita Falls, Texas, to Lee Francis and Bertha (Bohanon) Kays. He attended Whittier School in Frederick before moving to Wichita Falls. He returned to Frederick for his junior high and high school education. He graduated with the Class of 1955. He married Catherine Cooper on October 1, 1967. She preceded him in death. He worked at O.E. Britton Motor Company (Ford). In 1964, he began work as a grain trucker in west Texas for Wilson Fertilizer. He began a career with Phillips Petroleum in Odessa, Texas and transferred to Borger in 1971, and continued as a truck driver and trucking supervisor for Phillips Petroleum, where he retired in 1995. After his retirement from Phillips, he continued to work as a truck driver for Groendke until the age of 75. He hauled hazardous chemicals all over the United States and Canada, and took pride in driving over a “million safe miles.” He was united in marriage to Bobbie (Rector) Lawson on May 3, 2015. He especially enjoyed traveling, and loved to spend time with his family, particularly his grandkids. He was a member of the First Baptist Church of Tipton.

An online guest book and sympathy cards are available at: