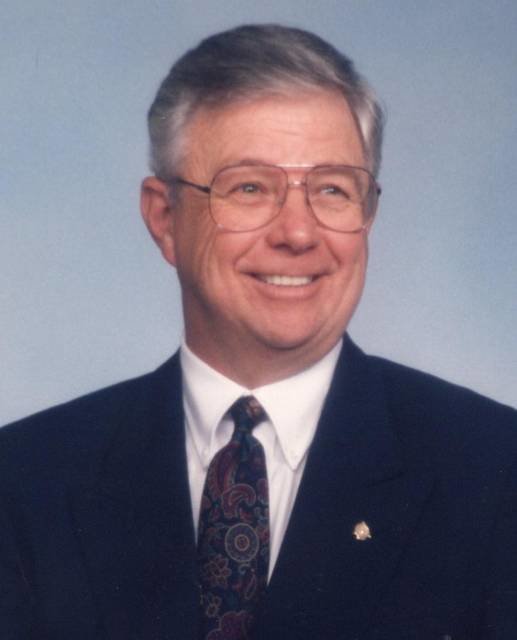 Funeral services for long-time Frederick resident, Donald Keith Keeter, 84 of Mustang, are scheduled for 11 a.m., Monday, July 5, 2021, at the First United Methodist Church, 301 E. Grand, Frederick, with Rev. Les Banks officiating. Burial will follow at 2:30 p.m., in the Temple Cemetery, Temple, under the direction of Jackson Funeral Home of Frederick. Dr. Keeter passed away on Thursday, July 1, 2021, in Oklahoma City.

Keith was born Sept. 2, 1936, in Cotton County to Samuel Benson and Mildred (Bowles) Keeter. The family later moved to Marble Falls, Texas then Hugo, Okla. where he developed a love for competitive sports and the great outdoors. A natural athlete, Keith excelled at football, tennis & boxing and bought his first set of golf clubs during college. Coming from a long line of outdoorsmen, he was happiest outside: afield after the game, harvesting his oversized gardens, and (especially) on the water with a rod & reel. The Red River ran in his blood.

After graduating high school from Iowa Park, Texas, Keith attended North Texas State University then Baylor College of Dentistry graduating in 1961 second in his dental class. After 2 years in the Army as a Captain in the Dental Corps, he opened a practice in Frederick and served the Southwest Oklahoma community for over 40 years.

He was active in the community of Frederick and served as president of the school board and president of the chamber of commerce. Keith also volunteered his dental services during mission trips to Bolivia. He was a lifetime member of the Methodist Church.

He is survived by his wife of 63 years Annette Waller Keeter; a sister Karen Rogers and her husband Jesse of Wichita Falls, Texas; brother Phillip Keeter of Longview, Texas; sister-in-law Gwyn Waller of Oklahoma City; his daughter Lesa Smith and her husband Wes of Yukon; two sons, Mike Keeter and his wife Karen of Dallas, Texas and Kurt Keeter and his wife Joanne of Mustang; ten grandchildren: Jared, Jordan, Jake, Sam, Will, John, Matthew, Thomas, Jackson & Spencer; and one great-granddaughter: Poppy Annette.

He is preceded in death by his parents, S.B. and Mildred Keeter; a brother, Joe Stephen Keeter; sister-in-law, Mary Keeter, and brother-in-law, Robert Waller.

He was a good husband, father, grandfather, and great-grandfather and will be deeply missed.

Memorial contributions may be made to the Oklahoma Medical Research Foundation in memory of Donald Keith Keeter.

An online guestbook is available at, www.jacksonfuneral.net.