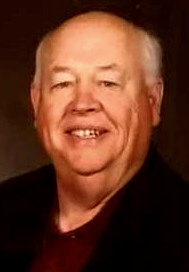 A memorial service for Fred Foster, 76 of Frederick, formerly of Altus, was set for 3 p.m. Sunday, Aug. 15, 2021, at the First Baptist Church of Frederick with Rev. Garry Worden officiating.

Inurnment will be held later at the Altus City Cemetery.

Arrangements are under the direction of Orr Gray Gish Funeral Home.

He was born Winston Fred Foster on July 8, 1945, in Altus, to James N. and Gladys (Mayrhofen) Foster. He attended Washington Elementary School, Altus Junior High and graduated from Altus High School in 1963. He then attended Altus Jr. College and later Oklahoma State University. His work experience began as a pilot for a crop-dusting company north of Altus. He also worked alongside his father and brothers on the family farm where they raised cotton, wheat, and soybeans. Fred later took over farming the farms that were north and east of Altus.

He farmed the family farms until he was forced to sell them to the Altus Air Force Base in 1988. In 1968, he taught school for Coyle Public Schools, south of Stillwater, as a science teacher and basketball coach. He and his new bride Sylvia Kay (Chumley) Foster, then moved back to Altus in 1969 to begin a 34-year career at Southeast Junior High and Altus Junior High, as a 9th grade science teacher. He then started Altus Alternative School and he retired from there. He was loved and he loved in return, all whom he worked with and those he taught.

He was funny, always had a joke to tell and found humor in everything. He was an avid member of the First Baptist Churches of Altus and Frederick. He was an alumnus of the Oklahoma State University and he was an active alumnus with the OSU Class of 1968. He graduated with three bachelor’s degrees in Science. He later attended Southwestern Oklahoma State University where he received his Master’s of Education and his Master’s of Administration Degrees.

He loved to hunt, fish, and go camping. His favorite vacation destination was to Wolf Creek, Colorado. He enjoyed time with family and close family friends. He thoroughly enjoyed taking the boat out during the summers that were spent at Hicks Mountain, Lugert Lake. He immensely enjoyed taking Stacy and Scott and their friends skiing, tubing, and fishing. Summers at the lake were the best. After Abby was born, he would do the same for her and her friends. Boating was a passion for him. He loved playing golf and had a large collection of antique clubs. Another love of Fred's was his bulldogs. He bred, raised and sold bulldogs; he had a true passion for them. He was talented and enjoyed singing hymns and hand making banjos and collector knives. He would seek out the perfect deer antlers for the handle, piece of turquoise for the inlay and then tediously work on the stainless-steel blade. He enjoyed volunteering for the Pioneer Heritage Town site Center, the free Summer Lunch Programs, vacation Bible schools, and any activity at the First Baptist Church. He was known as loving, accepting of all, and would volunteer to help with any occasion.

He was preceded in death by his parents; his in-laws: Arthur and Doris Chumley; a brother: Jerry Neil Foster; and a granddaughter: Maggy Grace Espinosa.

Memorials may be made in his memory to the First Baptist Church, Altus Public Schools, or simply go give blood. Fred was a huge advocate for blood donations and gave each time he could.

An online guestbook and sympathy cards are available at www.OrrGrayGishfuneralhome.com.