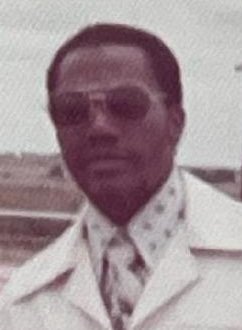 Inurnment with Masonic Rites provided by Crystal Gate Lodge #173 is under the direction of Orr Gray Gish Funeral Home, of Frederick.

He was born May 24, 1939, in Hillsboro, Texas, to Willie Rowe, Sr. and Hazel Haney Rowe. He later moved to Frederick, and attended Kennedy Elementary and Boyd High School, where he graduated with the Class of 1959. He lived in San Francisco, Calif., and worked at Stanford University as an Electrical Engineer, retiring from Stanford after more than 30 years. He was a dedicated Masonic member of the Crystal Gate Lodge #173, where he achieved the rank of a 33rd degree. He was a member of First Baptist Missionary Church in Frederick, where he taught Sunday school and served as a deacon.

In addition to his parents: Willie and Hazel Rowe; he was preceded in death by a two sisters: Louise Driver, and Nola Rowe; and four brothers: Willie Rowe Jr., Terry Rowe, Horace Rowe, and Robert Wallace.