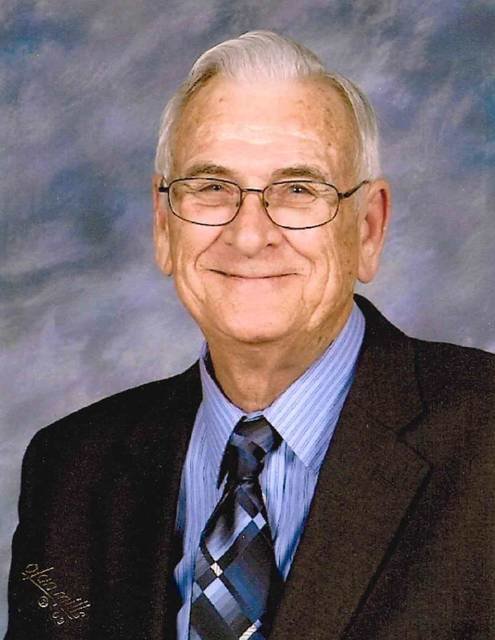 Mr. Prescott went to be with the Lord on Thursday, May 27, 2021. He passed away at Christian Care of Allen, Texas, an assisted living facility.

Visitation is set for 1 p.m. Saturday, June 5, 2021, at the funeral home. Burial will be in the Frederick Memorial Cemetery, Frederick.

He was born on May 5, 1926, in Frederick to Henry J. and Katie (Woodall) Prescott. Hurston was a spirited little boy who loved to tease and play jokes on his younger brother, Donald. He attended Frederick High School where he played both football and basketball. After graduating in 1944, he enlisted in the U.S. Navy, where he served as a gunner’s mate until 1946. Hurston then enrolled at Oklahoma State University on the GI Bill. While at OSU, he met the love of his life, Elsie Mae Dunn, at church. They were married in a simple ceremony on September 8, 1947. While still in Stillwater, their oldest son, Stephen, was born. After graduating in 1950 with a degree in Dairy Manufacturing, Hurston and his family, moved to Oklahoma City. While there, they were blessed with three more children, twins: Paul and Gayle, and later a daughter, Sue. In 1957, the family moved to the Dallas/Fort Worth area. Hurston worked for the City of Dallas as a Weights and Measures Supervisor. He retired in 1983, and he and Elsie moved to Winnsboro, Texas. In 2017, they moved to Christian Care Center in Allen, Texas, to be nearer their family.

Hurston loved the Lord and served Him faithfully throughout his life. He taught Bible classes for more than fifty years. He was a member of the Church of Christ and served as an elder for 42 years- seven at Brown Trail in Bedford, Texas, nine at White Rock in Dallas, and 26 years in Winnsboro, Texas. He was particularly interested in mission work and made more than 20 trips to Mexico to teach and encourage the brethren there. Often, he baptized many in swift running rivers or in the ocean. He was also well respected and known as a man of integrity at work and in the community.

Hurston was very talented with his hands. He was a Mr. Fix-it. He often repaired appliances and cars himself. He also added rooms onto some of the houses he lived in with minimal help from professionals. He especially loved working with wood. He built furniture, cradles, rocking horses, dollhouses, toy cars and more. He also carved small wooden caricature figures. Most of the things were made as gifts for family and friends.

Hurston also greatly loved his family and especially enjoyed playing with and entertaining the children. Although mischievous and fun-loving, he took responsibilities of family, church and work very seriously. He was preceded in death his parents; his siblings: Christine, Norma and Donald; and his eldest son: Stephen. He is survived by his wife of 73 years: Elsie; son and daughter-in-law: Paul and Roxie Prescott of Marshalltown, Iowa; two daughters and sons-in-law: Gayle and Martin Anderson of Richardson, Texas and Sue and Harold White of Dallas, Texas; a daughter-in-law: Patricia Prescott of North Richland Hills, Texas; and six grandchildren and 12 great grandchildren.

An online guest book and sympathy cards are available at www.OrrGrayGishfuneralhome.com