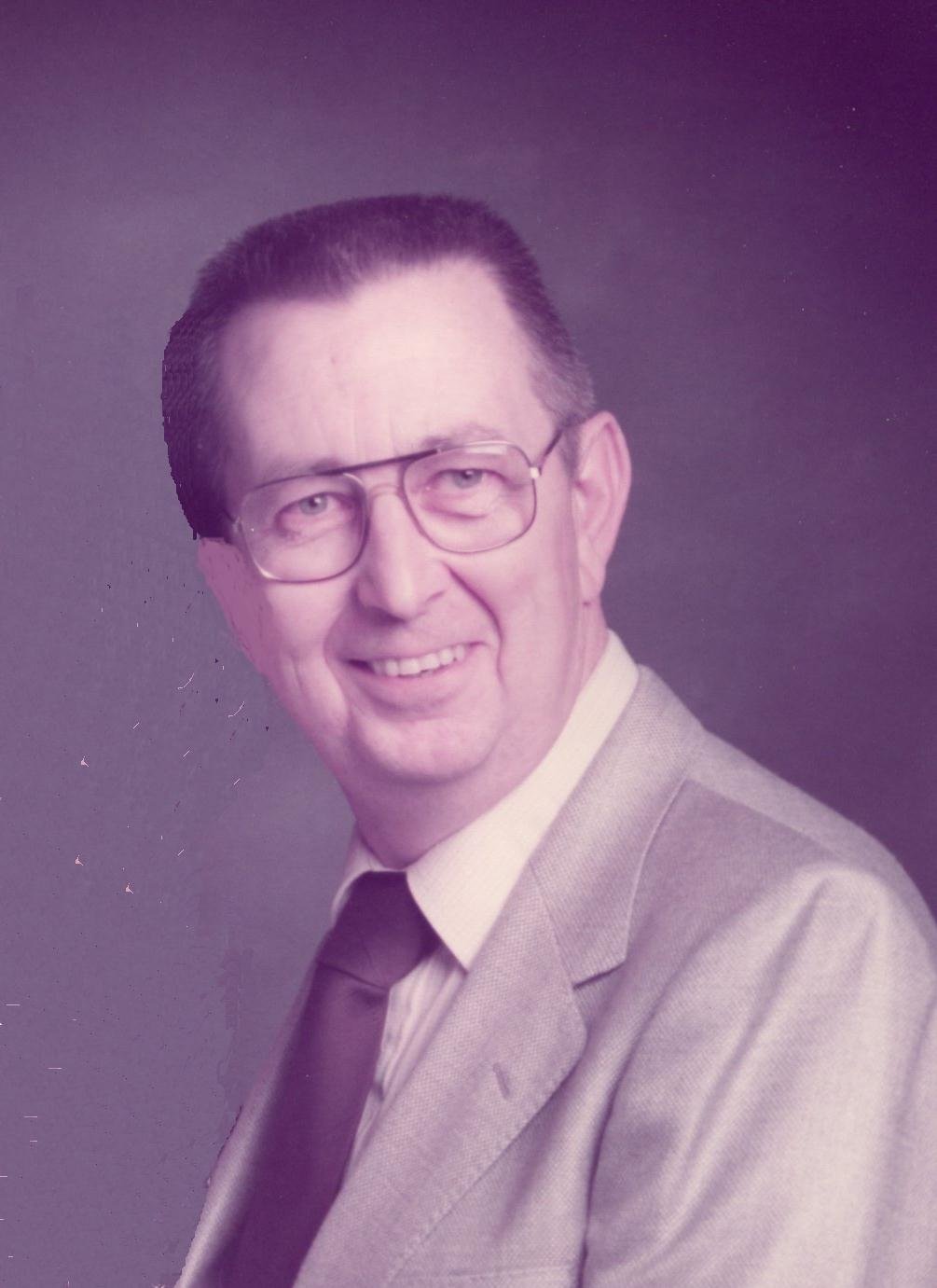 JM Smith was the fifth of six sons born to Ernest and Beadie Jewel (Jones) Smith March 25, 1929, on their family farm in Yukon.

After high school graduation, he went to work farming for his oldest brother until he enlisted in the U.S. Navy to serve in Korea.  He said the navy was the best place to be because he got three squares a day and had a dry place to sleep.

After Korea, he attended the University of Oklahoma in Norman where he studied Business and was a member of the Men’s Glee Club.  Those business courses led to a twenty-five-year career in banking.  His first job was as a night bookkeeper on Tinker Air Force Base for the First National Bank of Midwest City.

JM met Lottie Beth Knox on a blind date which later led to their marriage on August 25, 1956.  JM and Lottie’s family increased with the birth of their two daughters, Sherri Ann and Dana Lynn.  JM was a great girl dad and a loving and devoted husband for sixty-five years.

His banking career continued in Nicoma Park, Oklahoma, as Vice President before moving his family to Tipton, Oklahoma in 1968, when he was named Vice President of the First National Bank.  He later became President and retired in 1979.  He believed in a person only being as good as their word and a handshake sealed the deal.

He was a kind, compassionate, and generous man and very active in the Tipton Community.  He served as a member and officer positions in both the Chamber of Commerce and Lion’s Club.  One of his favorite offices was the Lion’s Club Tail Twister.  He served as Treasurer for Tipton Public Schools and Tillman County Crime Stoppers for many years.  He and his family attended the First United Methodist Church in Tipton.

Celebrating JM’s life is his devoted wife Lottie of their home; two daughters, Sherri and her husband Allen Morrow of Haskell, Texas, and Dana Simmons of Wichita Falls, Texas; three grandchildren Kelcey Simmons of Pennsylvania, Shelby and her

JM was preceded in death by his parents, Ernest and Beadie Jewel Smith; and four brothers and two sisters-in-law, Leonard and his wife Esther Smith, Bill and his wife Bertha Mae Smith, Virgil Smith, and Lawrence Smith.

In lieu of flowers, memorial contributions may be made to the Oklahoma Medical Research Foundation, the VFW, or to the place of the donor’s choice.

An online guestbook is available at:  www.jacksonfuneral.net.