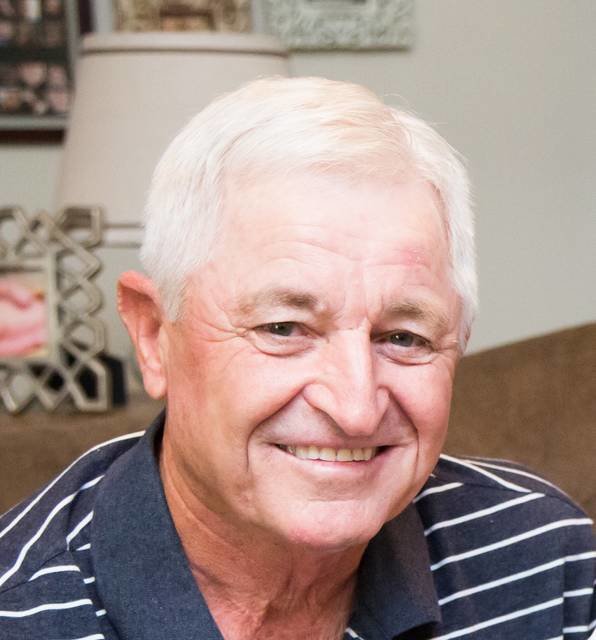 John Clifford Taylor was born in Frederick in 1946 to John Hugh and Gussie Mae Taylor. Leaving home in 1965 to attend Oklahoma State University, John pursued a degree in Agricultural Studies. After graduating in 1969, John Clifford eventually landed in Albuquerque, New Mexico where he worked for Wilson Meat Company. It was there he met the love of his life, Suzanne.

It was also there the trajectory of John’s life was altered after attending a Billy Graham Crusade.

The Lord began a work in his life that would be his driving motivation for all his days. After marrying Suzanne in 1975, John returned home to Frederick to his family’s farm, which he felt would provide the best environment to raise a family. There John and Suzanne raised their two children, Aaron and Beth. He farmed his family’s land until he passed on May 11, 2020 due to complications from a brain hemorrhage. Although John spent most of his days farming and raising cattle, his real passion and work was making disciples of his Lord Jesus Christ. After returning to Frederick with Suzanne, there was never a time when they were not ministering to others. John was passionate about teaching men what it means to be a devoted follower of Christ. For over forty years, John Clifford led couples in his home and at his church. He also led a men’s morning Bible study for 30 years where he poured out his life and shared his hunger for God’s word and disciple making.

It was through the ministry of the Navigators that he developed his vision for disciple making which included teaching others to read God’s word, memorize scripture, and walk faithfully with the Lord. He attended the first Navigators’ Key Man Conference over thirty years ago and never missed a year. It was the highlight of his year to be surrounded by men with the same desire for disciple making and to impart that vision to other men. This became the primary focus of his life’s work. Not only did he teach this, but his life modeled it. John read through the bible each year for the last 40 years and was habitually writing God’s word on his heart. During his last days at home, many mentioned his integrity and faithfulness, but he would attribute all of it to the Lord. Second only to his love of the Lord was the love of his family. He was the proud father of Aaron and Beth who along with his son-in-law Britton and daughter-in-law Michelle gave him the joys of his life, his grandchildren Mia, Austin, Noah, Ryan, Caleb, Lillian, Jackson, and Adleigh.

John’s desire was to see others follow Jesus. For those who know Christ, honor John’s life by pressing on to finish well the life the Lord has granted you. If you don’t know Christ, John would have patiently walked with you to show you the great grace of the Lord Jesus Christ that is for all who would put their faith in Him. The family would like to thank the community for the outpouring of love they have received.

A private family graveside and burial was held Tuesday May 12 at the Frederick Memorial Cemetery with Rev. Les Banks officiating. A memorial service will be held at a later time.

Memorial contributions may be made to: The Navigators, P.O. Box 2351, Oklahoma City, OK 73101, in loving memory of John C. Taylor.

An online guest book and sympathy cards are available at www.OrrGrayGishfuneralhome.com