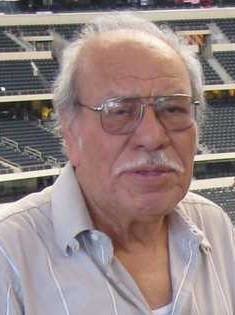 Burial was set in the Frederick Memorial Cemetery under the direction of Orr Gray Gish Funeral Home.

He was born April 21, 1932, to Luis and Engracia Contreras Garcia, in Mexico City, Mexico. He grew up in Mexico and was an avid soccer player and played as an amateur. He was united in marriage to Marta Perez on May 11, 1967, in Mexico City. They immigrated to the United States and to Frederick in June of 1967. He began working for the Centra Leather Goods of Oklahoma, where he worked for over 25 years, retiring in 1992. He was a devout Catholic and longtime member of St. Helen’s Catholic Church in Frederick.

In addition to his parents, he was preceded in death by a daughter: Lilia Garcia Williams, on April 17. 2013.

Survivors include his wife: Marta P. Garcia, of the home in Edmond; a son: Jesse Garcia, of Edmond; and a brother: Antonio Contreras Garcia, of Mexico.