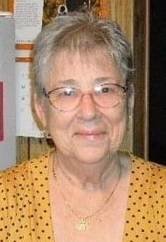 Margrette Clara Brink went home to be with the Lord on Sunday morning, April 5, 2020. She passed away at a Lawton care center at the age of 79 years, five months and 28 days.

Arrangements are under the direction of Orr Gray Gish Funeral Home, of Frederick.

She was born Oct. 8, 1940, in Winfield, Texas, to Willie Cleland and Dorthy Faye (Bishop) Ferguson. Coming from a rather poor family, she was taken out of school at a very young age. At the age of 54, she studied hard and earned her GED, she was very proud of that achievement.

She was united in marriage to Jerome Benjamin Brink on November 9, 1979, in Vernon, Texas. He preceded her in death on Feb. 11, 2008. Margrette took painting classes for a short time which she enjoyed and painted four pictures, giving them to family members. She used to sew her daughters’ Barbie clothes and loved to dance. She smiled so much that she was nicknamed “Smiley” by her customers while working as a waitress. Margrette had also done factory work and retail where she was assistant manager. She also loved to shop at goodwill, thrift stores, flea markets and auctions. She was a long time member of Bethel Baptist Church.

In addition to her parents and husband, she was preceded in death by three brothers and five sisters.