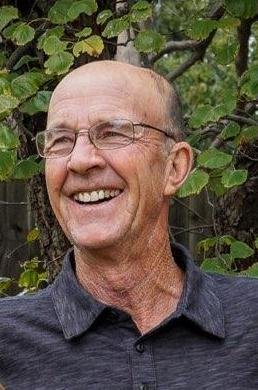 A Celebration of Life for Marlin Ernest Hoover, 66 of Frederick, was scheduled for 11 a.m., Monday, Jan. 3, 2022, at the First Baptist Church, 201 E. Grand, Frederick, with Rev. Grant Hoover and Rev. Josh Boles officiating. Burial was set to follow at the Frederick Memorial Cemetery under the direction of Jackson Funeral Home of Frederick. Mr. Hoover passed away Wednesday, Dec. 29, 2021, at the Southwestern Medical Center in Lawton.

Marlin Earnest Hoover was born Nov. 14, 1955, inFrederick to Ernest Leroy and Elsie Louise (Stoll) Hoover, Jr. He attended Manitou Public School through the eighth grade and then transferred to Frederick High School, where he graduated with the Class of 1974. On May 24, 1987, he and Ruth Ann Sadler were united in marriage in Altus. To this union were born two children, Haley and Grant.Marlin Hoover spent most of his days between the Manitou baseline road and County Road 1750. His greatest joy was tending to his crops and cattle, and he was a true steward of the land, often treating his cattle more as pets than livestock.

Marlin was a God-fearing Christian and a leader of his church and family. He led by example with a quite strength, exhibiting tenderness and humility. Always smiling, he was an eager listener with a servant’s heart. He could often be seen with his arm on someone’s shoulder, leaning in to share a smile or an encouraging word.

He is survived by his wife of 34 years, Ruth Ann Hoover of the home; one daughter, Haley Hoover and her boyfriend Tyler Coonce of Sonora, California; one son, Grant Hoover and his wife Faith of Frisco, Texas; four siblings, Lt Col. (Ret.) Ray Hoover and his wife Cheryl of Heber Springs, Arkansas, Mary Loyce Bobo and her husband Steve of Mustang, Steven Hoover of Frederick, and Roger Hoover and his wife Marva of Manitou; his aunt and uncle, Louella and Randall Hall of Broken Arrow; his sisters-in-law, Clara Cromer and her husband Mike of Little Rock, Arkansas, Sara Kubina and her husband Guy of Sheridan, Indiana and Denice Sadler of Altus; Marlin is also survived by his nieces, nephews, and many bonus grandchildren that he loved dearly; and “his buddy” Minnie, and Vera, the barn cat.He was preceded in death by his parents, Ernest & Elsie Hoover; his brother-in-law, Tommy Sadler, and a nephew, Ryan Hoover.

Memorials may be made to the First Baptist Church, Youth Fund of Frederick in memory of Marlin Ernest Hoover.

An online guest book is available at www.jacksonfuneral.net