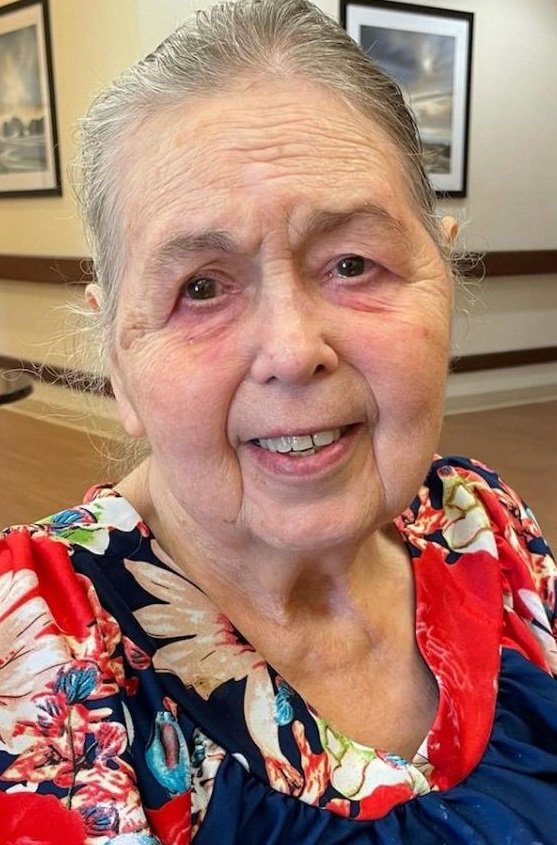 Graveside services for Melba Coursey, 86 of Wichita Falls, Texas, formerly of Frederick, were scheduled for 1:30 p.m. Tuesday, Nov. 30, 2021, at the Frederick Memorial Cemetery.

Burial is under the direction of Orr Gray Gish & Tipton Funeral Homes.

She was born Sept. 24, 1935, in rural Comanche to Frank Leslie and Vera Lucille (Tilley) Holloway. She grew up in Comanche and attended grade schools at Willow Point and Meridian. She graduated from Comanche High School with the Class of 1953. She attended Duncan Business College. She was united in marriage to Allen Edward Coursey on Sept. 2, 1953, at the Moran Baptist Mission Church in Comanche.  They lived in Lawton and Comanche prior to Allen’s assignment in the U.S. Army at Eielson Air Force Base, in Alaska. After his service in the Korean War and honorable discharge in 1955, they located in Frederick. She worked at the National Bank of Frederick, as a bookkeeper for Porter Meyers (Ken Porter) Heating and Air, and as secretary of the Frederick Funeral Home (McLellan). The last several years, she lived in Wichita Falls, Texas, to be near family. She was a member of the First Baptist Church of Frederick.

In addition to her parents, she was preceded in death by her husband: Allen, on July 23, 2010; and three sisters: Pauline Holloway, Gracie Dennard and Linda Woods.