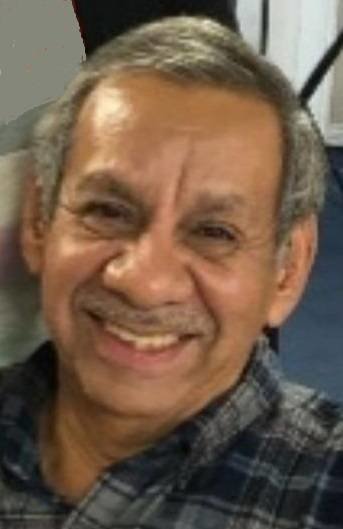 Mr. Luna passed away Friday, April 16, 2021, at his home in Wichita Falls, Texas, after a month long battle with Cancer. Burial with U.S. Air Force military honors is set in the Frederick Memorial Cemetery under the direction of Orr Gray Gish Funeral Home, of Frederick.

A visitation is scheduled for Thursday evening from 6 to 8 p.m. at the funeral home.

He was born Nov. 9, 1951, in Clinton to John and Lucille (Medina) Luna. He was a graduate of Frederick High School, Class of 1970, preceding a four year career in the United States Air Force beginning in 1973. Following an honorable discharge from active duty service, Raymond transitioned to a career in civil service as a firefighter at Sheppard Air Force Base in Wichita Falls, Texas. He retired from civil service in 2001.

Raymond was an avid traveler with a love for music, good food, and photography, a man who loved the Lord and was a faithful servant who volunteered at Faith Mission and devoted his life to bringing a sense of peace and love to Hospice patients with terminal illnesses.

A true hometown hero, Raymond never encountered a stranger, and made life-long friends wherever he went, giving his whole heart to all that he did. He was a loving father, uncle, and beloved member of the community who pursued the betterment of his fellow man and had a zest for life, striving to live life to the fullest. He shared his love of world travel with his daughter Andria, who just so happened to be his favorite person in it.

Mr. Luna is preceded in death by his parents: John and Lucille Luna; brothers: John and Manuel Eskamire, and uncle Ernesto Medina.