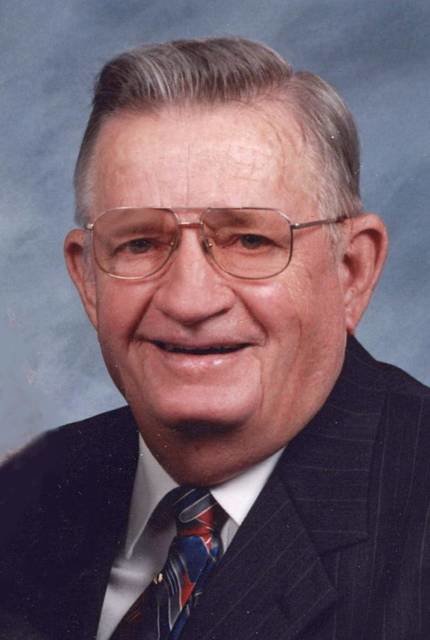 Funeral services for Rev. Ronald “Ronnie” Dwayne Chadwick, 86 formerly of Davidson, were scheduled for 1 p.m., Thursday, March 5, 2020, at the First Baptist Church in Frederick with Rev. Andy Taylor officiating. Burial was set to follow in the Davidson Cemetery under the direction of Jackson Funeral Home of Frederick. Mr. Chadwick passed away Saturday afternoon, Feb. 29, 2020, at the Veterans Hospital in Oklahoma City.

Ronald Dwayne Chadwick was born Sept. 16, 1933 in Olustee to Lee and Etta Mae (Evans) Chadwick. He attended Beckham County Grade School and Chickasha Junior High School. He served in the United States Army as a cook from 1953 to 1955. Before becoming a minister, Ronnie worked in a bakery and one of his many duties was baking wedding cakes. On Dec. 5, 1956, he and Ruth T. Willoughby were united in marriage in Wichita Falls, Texas.

He was a Southern Baptist Church Minister and served as pastor for Prairie Hill in Duke, also in Allison, Texas and later for the First Baptist Church in Davidson. Brother Ronnie served each of these church communities twice. Even after his retirement he continued to preach at his assisted living community. He was a member of the New Covenant Baptist Church in Altus.

He was preceded in death by his parents; his wife, Ruth; one brother, Ted Chadwick, one sister, Clara Neer; one son, Wayne Monroe; one grandson, Mike Monroe; and two sons-in-law, Art Dahlgren and Rick Simonson.

Visitation was slated from 4 p.m. until 6 p.m. on Wednesday evening, March 4, 2020 at the Jackson Funeral Home Chapel.

Memorials contributions can be made to the Davidson Cemetery in Davidson in memory of Rev. Ronnie Chadwick.