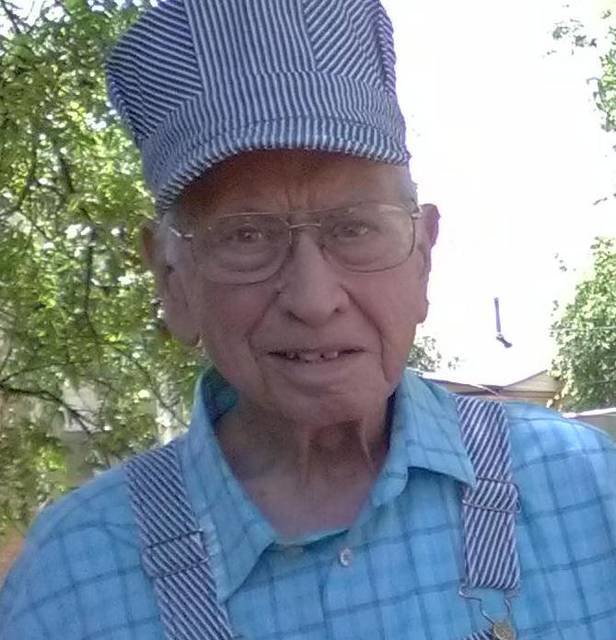 A private family funeral service for Samuel Carol Dickson, 84, were scheduled for 1 p.m., Thursday, May 14, 2020 at Jackson Funeral Home Chapel with Elder Dale Turner, Jr. officiating. Burial was set to follow in the Rogers Cemetery, west of Snyder under the direction of Jackson Funeral Home of Frederick. Mr. Dickson passed away on Monday evening, May 11, 2020 in a Lawton hospital.

Samuel Carol Dickson was born Sept. 9, 1935 in Tipton to Samuel W. and Frances (Rogers) Dickson. He graduated from Tipton High School in 1956. He was honored to have served in the 77th Army Band where he played the tuba. On Dec. 6, 1960, he was united in marriage to Linda Freeland in Frederick. He worked as a machinist and welder for Brantley Manufacturing, Dallas Aeromotive, Cooper Aeromotive and Aviall Aviation all in Frederick. He was a member of Primitive Baptist Church in Grandfield where he served as a deacon.

He was preceded in death by his parents; and one sister, Armenta Richardson.

An online guest book is available at www.jacksonfuneral.net

Due to the COVID-19 pandemic, no more than 10 people are allowed in the funeral home at one time. Mr. Dickson may be viewed on Wednesday, from noon until 8 p.m. and then on Thursday morning, from 10 a.m. until 11 a.m. Mrs. Dickson will receive friends and family at the funeral home.