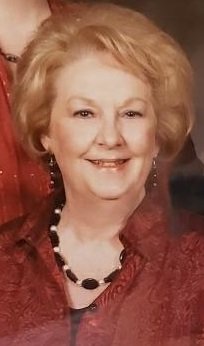 Sylvia Kay (Chumley) Foster was born Sept. 30, 1946, in Altus. She was the only child of Arthur Marvin and Doris Ophelia (Anderson) Chumley. Her father was a veteran and owned Chumley Motors and her mother worked in civil service at Altus Air Force Base.

The family was very musical. Sylvia played the guitar and was an accomplished pianist. Some of her favorite childhood memories were musical gatherings in her childhood home. She won many awards in piano competitions and was the piano player in the Altus High School choir during her high school years. She attended Altus Public Schools graduating in 1965. She met the love of her life, Winston “Fred” Foster her senior year of high school. They both attended Oklahoma State University. She graduated with a Bachelor of Science in Education degree. She later attended Southwestern Oklahoma State University where she obtained her Masters of Education degree. She was hired to teach 6th grade math at Sunset Elementary in Altus. She taught and influenced many students, even teaching piano and guitar lessons during recesses, for 32 years.

She and Fred married Sept. 8, 1967. Together they had two children, Stacy Kay and Frederick Scott. They  farmed the family farm located north and east of Altus together. As a family they loved to take summer vacations and spent much time with family and friends at their Lugert Lake cabin at Hick’s Mountain. They were happily married for 54 years.

Sylvia loved encouraging young people. She was a member of the Delta Eta Chapter of Beta Sigma Phi in Altus. Through this, she volunteered with the Miss Altus Organization for many years. She always coached and encouraged young women to showcase their natural talents and to become young leaders and pillars of the community. Sylvia was a brightly lit torch and she lit many fires of inspiration within her students, pageant contestants, her own two children and most vividly within her grandchildren.

Sylvia is survived by her children; Stacy of Frederick, and Scott, and wife Kimberly, of Lake Jackson, Texas. Her pride and joys, Abby, Katie, Rachel, Lauren, Matthew, and Silas; her Aunt Ophelia Sikes of Georgia, brother-in-law James R. Foster of Snyder, sister-in-law Jean Kaye Braziel of Altus, and many cousins.

In addition to her parents: Arthur and Doris Chumley, she was preceded in death by her husband: Fred; mother and father-in-law: James and Gladys Foster; granddaughter: Maggy Grace, brother-in-law: Jerry N. Foster; and many aunts, uncles, and cousins.

Memorial contributions can be made to the Miss Altus Scholarship fund or to Western Oklahoma State College.