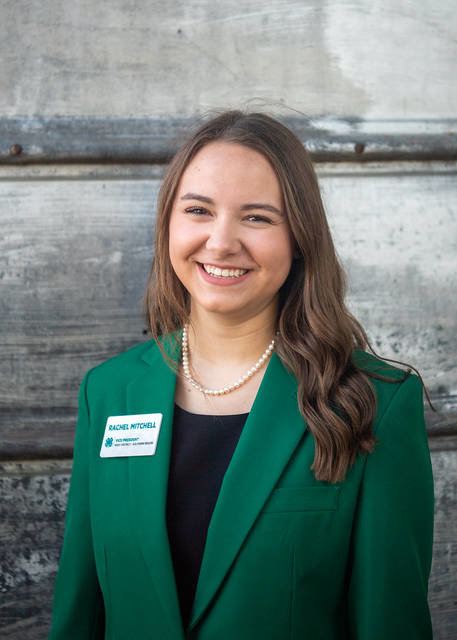 Oklahoma State 4-H Roundup has always been on Oklahoma State University Campus, but due to the COVID-19 pandemic this year had to go virtual. The 4-H members were still able to compete in State contest and attend workshops virtually. The events and workshop were spread out during the month of July. Tillman County 4-H had 15 4-H members register for the event.

She is one of a few Tillman County 4-H members never to sit on the 4-H State Council Team; it has been at least forty years. One of the biggest events at Roundup was held on Wednesday, July 22 and is the Honors Night Assembly which is usually held at the Gallagher-Iba Arena; however, this year it was broadcast over Ostate TV.

During honors night, Rachel Mitchell received several awards for all her work throughout her 4-H career. She won her project area in Childcare with a $1,200 scholarship. She was also in the top three in the leadership project area. Rachel was also inducted into the Oklahoma Key Club which is the Oklahoma 4-H’s Honor Society. Tillman County had one 4-H member in the Blue Award Group for State 4-H Hall of Fame. The Blue Award Group consists of the Top 20 4-H members in the State of Oklahoma – Rachel won this award. The last award Rachel received this year is to the 2020 National 4-H Congress Trip which will be held in Atlanta, Ga. in November, 2020. Rachel was extremely excited to win all of these awards for her eight years in 4-H.

She loves helping at the local club meetings and encourages the kids to participate in the activities that are held. 4-H has had a huge impact on Rachel and she now knows she can do anything she puts her mind to. We at Tillman County and Frederick 4-H are extremely proud of Rachel and all the 4-H members in our county.

OKLAHOMA! Where the wind comes sweeping down the plains