You can help make a WWII veteran’s 100th birthday special 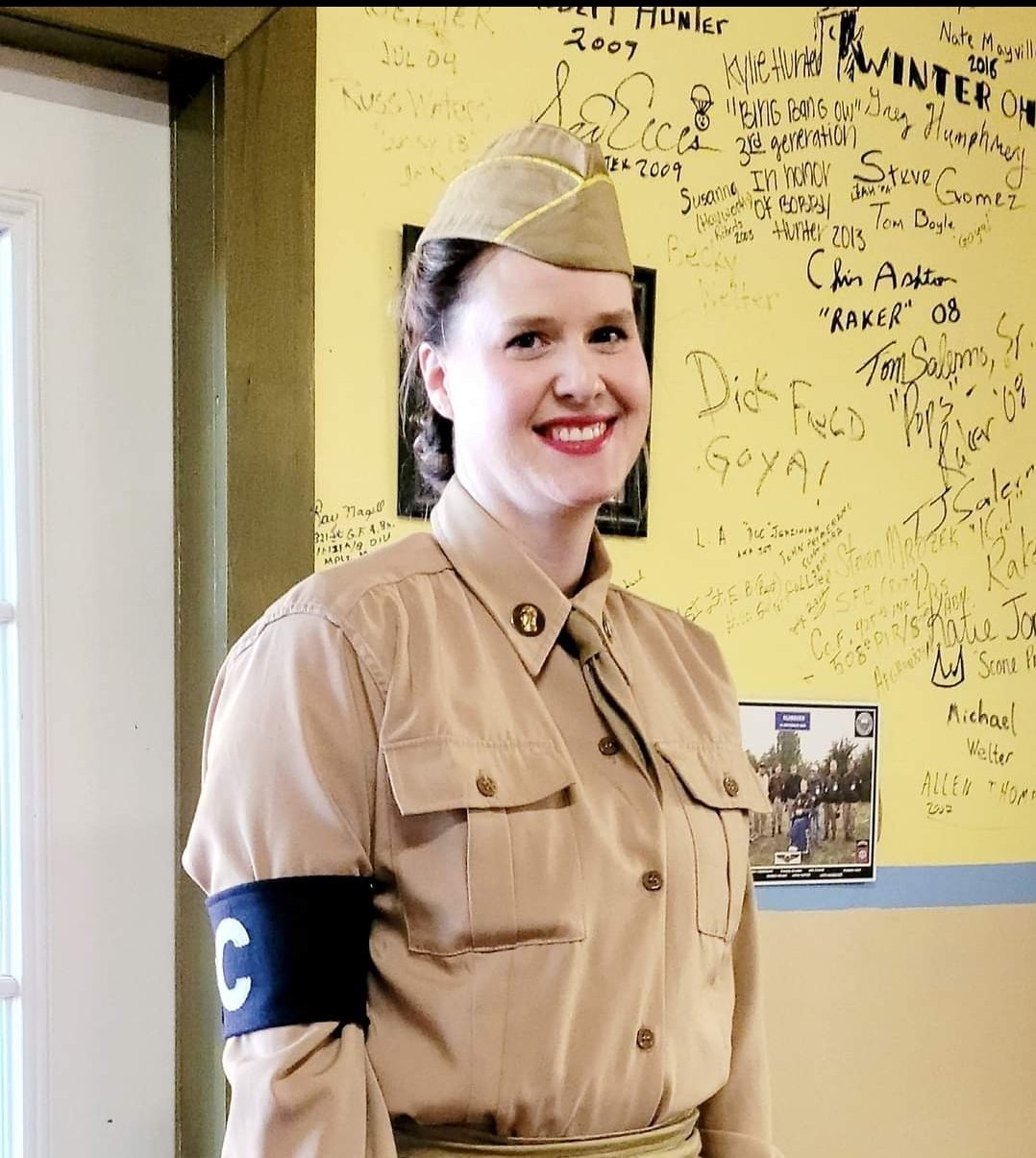 Frederick Army Airfield is a bustling community full of World War II history enthusiasts who want nothing more than to “Remember, Honor, and Serve” those who served their country so bravely and selflessly.

June 21 will make six years since I started working for the Press-Leader, and the ADT events are some of my favorite events to cover every year. This job has pushed me so far out of my comfort zone, and I am thankful for that. My first airplane ride ever was in a WWII era C-47, and that never would have been possible if it weren’t for this job. I was terrified, and that was with the doors shut.

Every airplane ride I’ve taken since then has been on the ADT’s C-47 (Boogie Baby) or their C-49 (Wild Kat, which I like to pretend is named after me, so I’m quite partial to her) while they drop troopers over the drop zone. I never thought I’d ever be the kind of person who can calmly sit in front of an open doorway on an airplane, but now I do it at least twice a year, and it’s the best feeling in the world.

Since I began covering ADT events, the team has sort of adopted me as an honorary member, though they keep trying to make me a true member, but I’m not quite ready to say “yes” to jumping out of an airplane and all that that entails. Although, I do think writing about the team from completely inside their ranks would be a great take, and wouldn’t that be great for a resume?

Willing to jump from airplane for a story? Absolutely.

With the arrival of the WWII ADT in Frederick every year are many veterans, though the WWII veterans are becoming fewer every year. Veterans usually dress in their WWII uniforms and even visitors get into the spirit of World War II and dress up either in uniform or 1940s attire. Military displays and memorabilia are displayed by various vendors and historians at Open Hangar days, held in the summer and fall to culminate their twice yearly jump schools.

Several years ago, Frederick was blessed to host the last WWII Pathfinder for his birthday. Some of my favorite interviews have come from WWII veterans. LTC Dave Hamilton was a World War II Pathfinder pilot. He enlisted in the United States Army Air Force the day after Pearl Harbor was bombed in 1941. During his career, he dropped paratroopers into Normandy during D-Day on June 6, 1944, dropped troopers during Operation Dragoon in August of 1944, and dropped troopers in Holland during Market Garden in September of 1944. In December of 1944, he led C-47s in for a supply drop to the 101st Airborne at Bastogne. Over the course of his military career, he performed various duties. LTC Hamilton told me the secret to remaining so young and agile is, “Good genes and the bad aim of a lot of anti-aircraft gunners.”

This year, we get to help him celebrate his 100th birthday, and you can help make it as special and memorable as possible.

According to the team’s public relations team, Airborne Operations are scheduled to begin July 16, 2022, at 6:45 a.m. and interview opportunities with LTC Hamilton, WWII ADT Team Members and living history parachutists will be available before Airborne Operations and after jump ops. Jump ops are expected to end by 9:00 a.m. Drop Zone Access may be permitted with prior coordination.

The ADT is accepting donations to help make LTC Hamilton’s celebration an event to remember.

To make a donation visit the WWII ADT website at http://wwiiadt.org, or visit their Facebook page at https://www.facebook.com/wwiiairbornedemonstrationteam.

The WWII ADT is a registered 501(c)(3) Not For Profit Foundation.

What is an opinion and does it belong in news?

Thank you, from the Cope family

My cats think they run this house…and they do!

What do you do when someone forgets you’re on the phone and walks away?